The first historical reports
The scholar Greek Herodotus wrote down the first reports about pile dwellings as early as 500 BC.
He reported on constructions on a pile-dwelling scaffold in Lake Prasias
in Thrace (today Limni Kerkinis/Greece).
A bridge connected the settlement with the land.
The lake is said to have been very rich in fish
and to protect children from falling into the lake,
they were tied with a rope at the foot.
Men had to bring three stakes from the mountains to win the chosen wife.
They could have several wives.
This description continued to excite people's imagination in the late 19th and early 20th centuries.

The first finds at Lake Zurich (CH)
In the years 1853 to 1854 many pile dwellings appeared during low tide in winter.
Between wooden piles driven deep into the lake bottom,
students found large quantities of strange objects made of wood, bone, antler and stone.
The teacher of these students, Johannes Aeppli, reported to Ferdinand Keller,
the founder of the Antiquarian Society in Zurich.
Keller recognized the nature and significance of these unexpected finds.
In scientific circles there were quickly imitators
and on almost all lakes and shores of the Swiss midlands
similar settlements were identified.

The first dives
On May 22, 1854, the pile-diving field near Morges on Lake Geneva (CH) was discovered.
Three months later the geologist Adolphe von Morlot, Frédéric Troyon and François Forel
did a first dive.
The primitive diving apparatus consisted of a bucket-like helmet
with a viewing window into which air was pumped from above.
The air escaped at the shoulders.
The bottom of the lake was searched with a hoe and landing net.
Fishing with long-handled tools later brought better and faster finds.

Pioneers and explorers
It is thanks to interested and curious amateurs
that the first findings about pile dwellings reached scientists.
The numerous amateur researchers were not only fascinated by sunken civilizations,
but also pride in searching and finding, they had financial interests as well, but also a great deal of patience.
Without them, scientists would be missing authoritative details and pieces.
Nevertheless, there are some pioneers and great names,
who are mentioned again and again in pile-dwelling research:

The best known researcher is Johann Ferdinand Keller (1800-1881).
He is considered the founder of Swiss prehistoric research.
The studied theologian, who first earned his living as a private teacher,
became a researcher of antiquities through numerous studies and publications.
He was the founder of the Antiquarian Society of Zurich,
which later published the pile-dwelling reports.
Keller was the first to interpret the pile dwelling finds as the remains of
settlements built on platforms
and thus created a vivid picture of the life of Neolithic and Bronze Age
settlement communities.
His descriptions and sketches shaped pile-dwelling theory at that time
and triggered the pile-dwelling fever, although he initially considered the
the "pile dwellers" as a variety of the Celts.
His first drawing was based on the travel paintings
of Louis Auguste de Sainson of the village of Kouaoui in New Guinea.

Jakob Messikommer (1827-1917) found a human lower jaw
while cutting peat in 1856 in Wetzikon-Robenhausen (Canton of Zurich, CH)
and made the exploration of this settlement his life's work.
He developed into an expert for excavations in cooperation with F. Keller,
but pursued rather financial interests and sold finds all over the world.
Pile dwelling bronzes and textiles became his best sellers.
He crushed large textiles for better distribution,
without regard for scientific research.

The Swiss Adolph von Morlot (1820-1867) was professor of geology at the Academy of Lausanne
and did research on the Quaternary.
Later he devoted himself to the studies of prehistory
and traveled Northern Europe.
He published many important general maps
and acted as curator of the archaeological collections in Bern.
The prehistorian is the discoverer of the pile field near Morges in Lake Geneva,
where a simple self-developed diving apparatus was used.
Experimental psychology and ethnomusicology were also among the interests of the autodidact.

The highly gifted theology student Hans Reinerth (1900-1990) earned his doctorate and habilitation
in prehistory and became a university lecturer in 1925.
He helped develop the modern university institute in Tübingen,
collaborated with natural scientists
and used modern technologies in his excavations in Federsee (BW).
During his work at the "Reichsüberwachungsamt" (Rosenberg Office)
he got into a competence tussle with the SS organization "Ahnenerbe".
He was expelled from the scientific community in 1949,
partly because of his own role in the Nazi state,
but also because of influence exerted by his former rivals in the SS,
who were able to retain their positions after 1945.

Research in the region
After a severe storm in December 1872
Lake Starnberg also unearthed countless pile dwellings.
The Starnberg judge Sigmund von Schab wrote about it in his book
"Die Pfahlbauten im Würmsee" in 1877.
Before him, the Swiss pile-dwelling expert Édouard Désor (1811-1882)
together with two Munich professors, Carl Theodor Ernst von Siebold (1804 - 1885)
and the ethnologist Moriz Wagner (1813-1887) investigated the Bavarian lakes
in the foothills of the Alps and found what they were looking for on the Roseninsel.
Sigmund von Schab is credited with the first archaeological dive in Bavaria.
The prehistoric settlement at Pestenacker was discovered much later.
During the straightening of the Loosbach in 1934,
workers discovered the first wooden remains.
The Rose Island (Roseninsel) and the wetland settlements of Pestenacker and Unfriedshausen
were declared as a part of the World Heritage Site by UNESCO in 2011
"Prehistoric Pile Dwellings around the Alps". 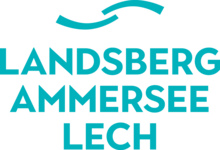